We had a pleasure to team up with Taylor Herring on a fully integrated campaign launch for Samsung Galaxy S20 smartphone starring Lewis Capaldi.

A series of 30-second ads for Samsung aired over a single ad break during Brit Awards on ITV and tell the story of the surprise gig.

The first spot which features Instagram-style vertical filming, shows the star cruising around London en route to his gig in a wrapped London taxi. Capaldi then leaps into action with his surprise show from a balcony in the market hall for the two further spots and ends with the star leading a mass singalong of his number one Someone You Loved.

Our branded electric taxi was a part of an integrated campaign that included a secret gig, a big screen live feed, a Facebook live stream, and in-store activations. 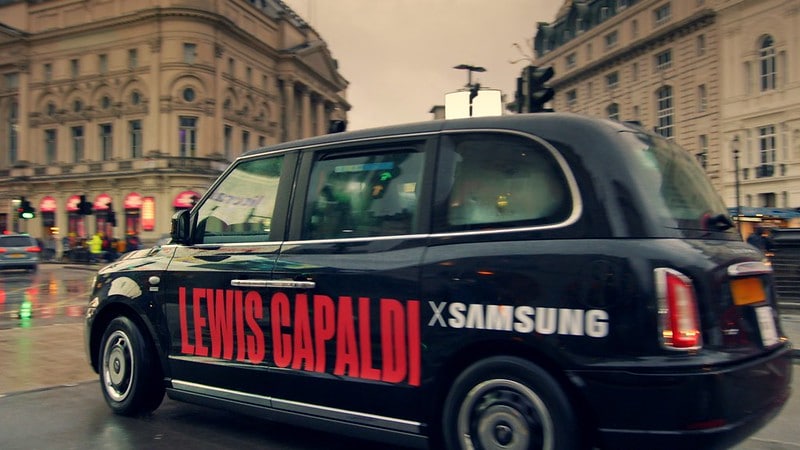 Get in Touch for Taxi Advertising

Download the Android & iOS Sherbet Ride App to Hire an Electric Taxi with us!